The most popular editor for KRL
FREE 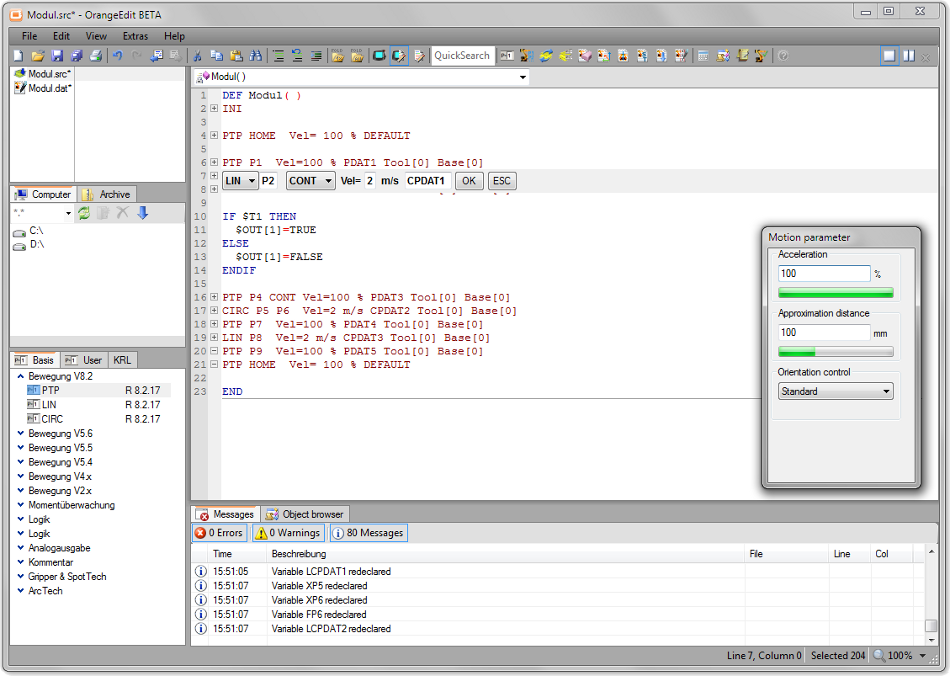 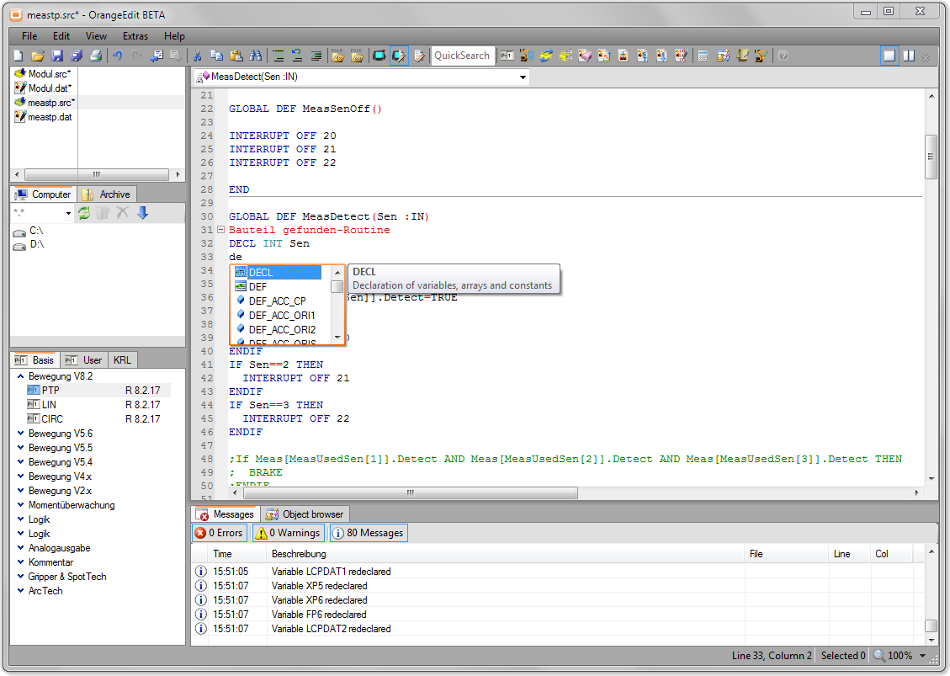 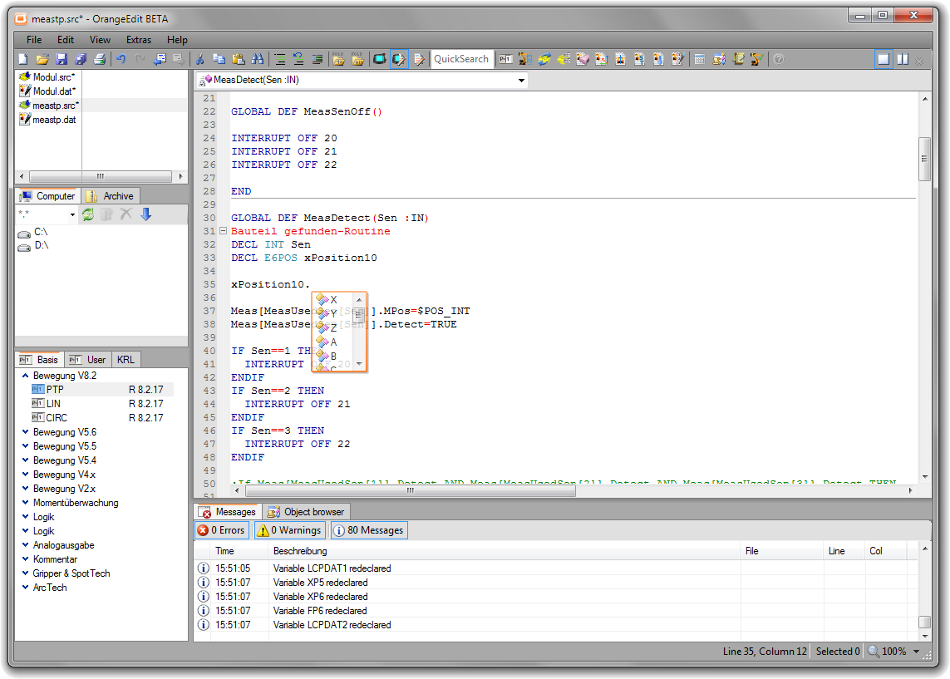 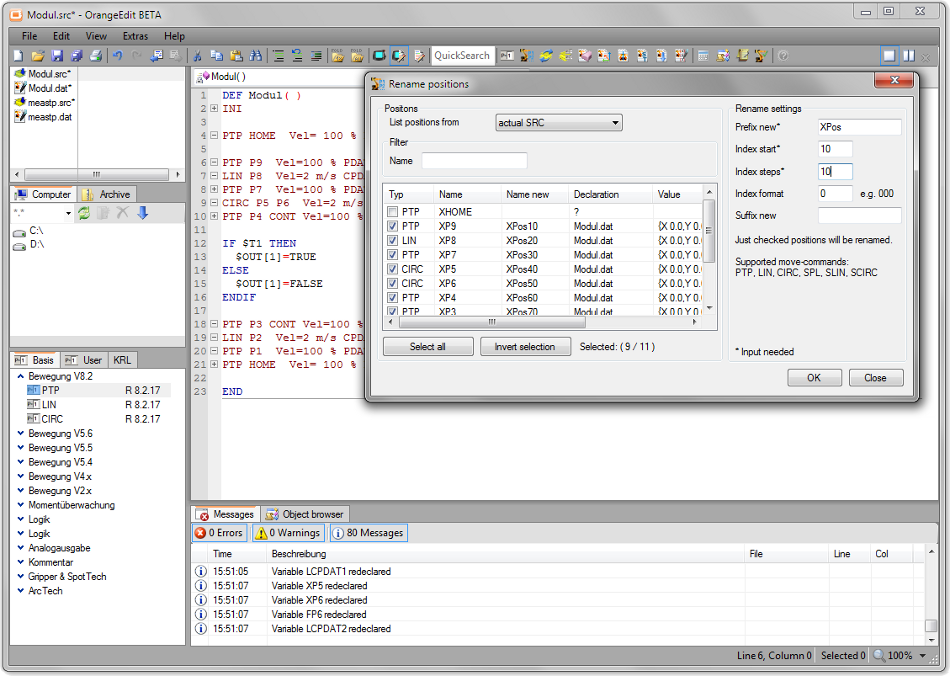 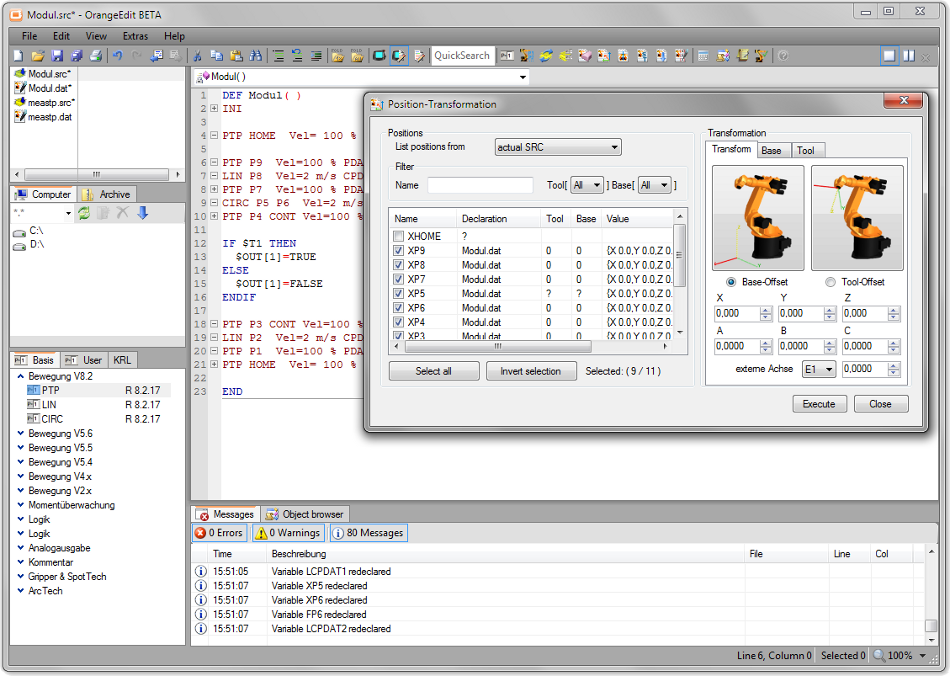 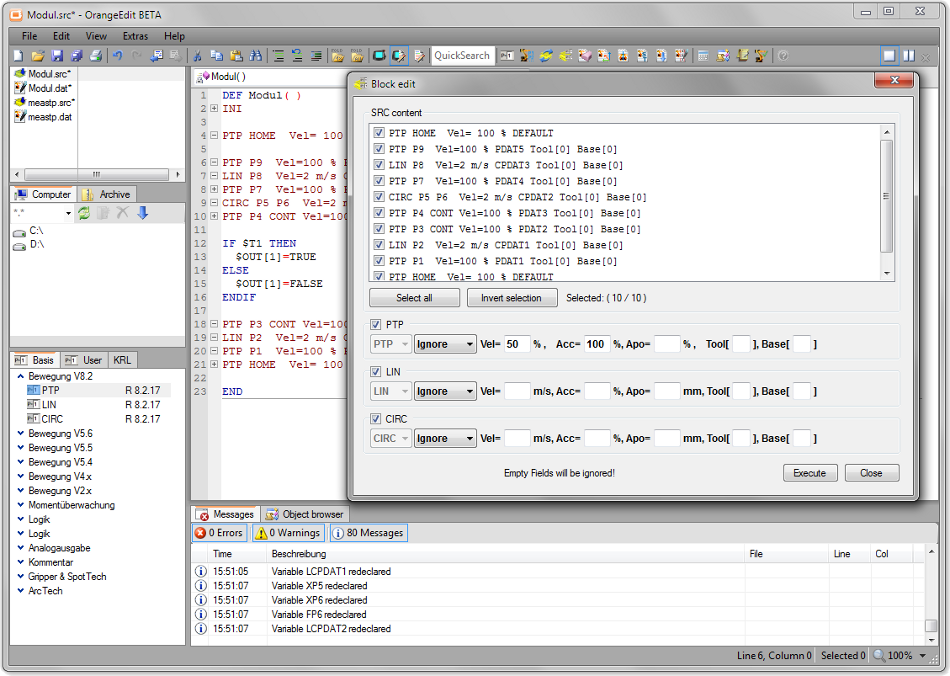 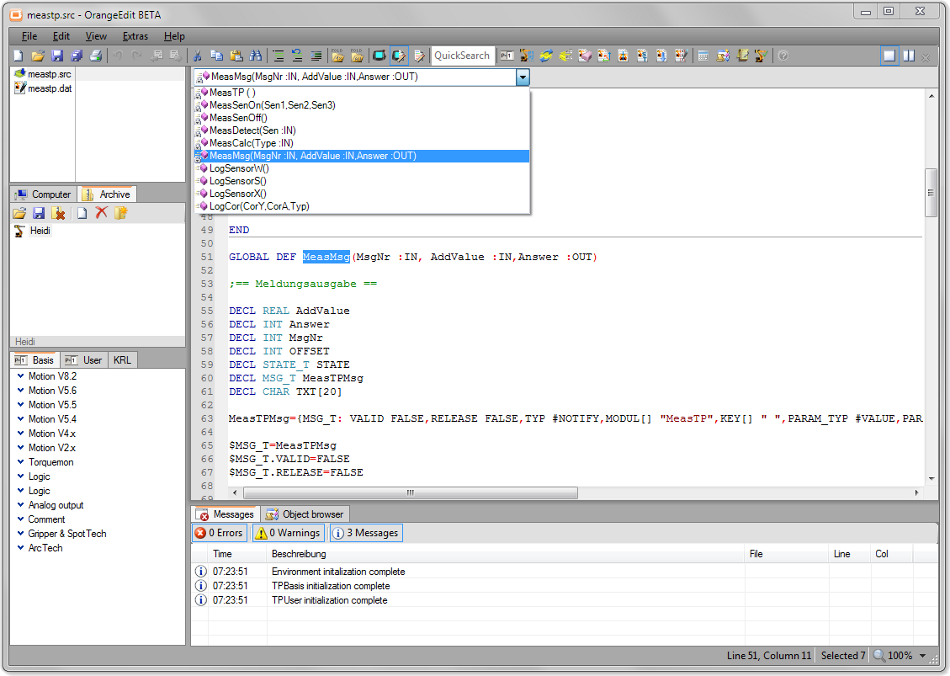 OrangeEdit is the most popular editing environment for Robot-programs.
A lot of features are supporting you to create and edit KRL programs.

These inline forms are a paid extension of the still free editor. More information is available here:

- This extension enables the easy development of user interfaces for the software package 'myHMI'.

- 'Save as ...' bug fixed, which sometimes wrote the .dat with wrong content.

- Selecting of KRL code has been improved, now it is possible to mark variables, commands etc. with a double click.
- the block editing function now supports the new inlineforms from KSS 8.5/8.6.
- In the Help menu, the license overview has been integrated to see product ID and activation status for extensions.
- Extensions can now also be activated using a voucher code.

Archives or pathes can be set as 'active einvironment' in order to provide all variables and functions for code completition. Additionally this gives the opportunity to jump to the declaration of selected variables or functions by using 'Go To Definition' in the context menŁ or the 'F12' key.

With all this helpful functions and much more OrangeEdit becomes a 'must have' for every robot programmer.

*All prices in EUR excl. VAT and shipping costs.